Injuries on California construction sites can arise from a number of causes. Recognizing that falls figure into many construction site injuries and deaths nationwide, the U. S. Department of Labor recently announced an initiative aimed at fall prevention.

The extent of the problem

According to the Center for Construction Research and Training, falls cause more construction deaths than any other kind of incident and are the second greatest cause of nonfatal injuries.

The Occupational Safety and Health Administration states that 255 construction workers died from falls on the job and more than 10,000 more were injured. Falls cause almost one in three construction worker deaths, according to the Secretary of Labor.

The Secretary of Labor announced the Department’s new fall prevention program in conjunction with a Workers’ Memorial Day observation in East Los Angeles, California, on April 28, 2012. Workers’ Memorial Day takes place each year on this date, in memory of workers who died on the job in accidents that could have been prevented.

OSHA has created educational materials with strategies to prevent all kinds of falls and will provide fall prevention training in conjunction with a variety of organizations. Labor unions, employers, educational institutions, trade associations and faith-based institutions are among the partners who will be working together to promote safer workplaces.

An example: “Don’t Fall for It”

One fall prevention program developed by the Center for Construction Research and Training is an educational video entitled “Don’t Fall for It.” More than 450 construction workers watched this 11-minute DVD, focusing on the safe use of ladders, within a few months of its release. The video is accompanied by fact sheets that can be distributed to viewers to keep.

Workers who answered questions before and after viewing the “Don’t Fall for It” DVD demonstrated the video’s effectiveness. They showed significantly greater knowledge of safety procedures, like inspecting a ladder for damage before using it. In surveys three months later, the workers indicated that the lessons had stuck. Workers not only knew about safer behavior in the workplace, but they had also changed their behavior to incorporate safer procedures into their workday.

In California, the State Building and Construction Trades Council conducted a train-the-trainer class, showing “Don’t Fall for It” to over 100 participants who were then provided with copies of the DVD to use to train others.

For those who have been injured

The fall prevention program should help to reduce the number of deaths and injuries in the construction industry. Meanwhile, justice may be available for workers who have been injured in preventable workplace falls or for the families of those who have died. An attorney who has experience with construction industry injuries and workplace-related deaths is an indispensable ally. The attorney can advise about how to obtain compensation for injuries, including medical costs and wrongful death awards. 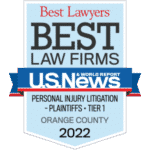 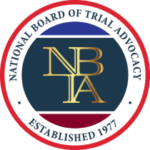